April Walding first opened a Pacuigo in 2008. For more than a decade she has been building her business and even expanding her investments. in 2014, she secured financing to purchase the location of her ice cream shop. Then, in 2018, the owner of the building approached her to buy the other half of the building, which now houses Jarams. She did it. As cliché as it sounds, it’s an American Dream type story.

“I worked really hard to get the building,” Spalding says. “I even paid off my loan two years earlier.”

The bike path actually ends at the end of the street. The sidewalk on the right serves to protect motorcyclists from cars. The wide sidewalk is reserved for pedestrians.

She’s the outright owner of the building, adores its tenants, Michael and Blair Ji, and her real estate investment and job has given her some flexibility in raising her two young children.

The donut and ice cream duo in side-by-side spaces has worked well for years. Jarams attracts a morning crowd; patrons would use the parking spaces in front of the building to rush in and have breakfast before leaving for work or school. They close at noon, which before the pandemic is when Paciugo would open and another group of customers would use the same places for scoops of ice cream late in the evening.

Things were difficult with the pandemic. Walding closed her ice cream shop and focused on family, but as things started to thaw in February 2021 — both weather and COVID — she had planned to reopen.

At that time, as the Lakewood Defender first reported, the city of Dallas had begun work on installing a bike lane in front of his building. Michael Ji of Jarams said they had no idea what the construction work would be like when the crews first showed up. They thought maybe it was a curb to protect the parking spaces.

Instead, the city installed a cement buffer zone (large curb) to protect a bike path that runs past their stores, eliminating any parking in front of their stores. This space is now part of the Main/Columbia/Abrams Bikeway which winds north along Abrams Road and (as if to rub the wound) ends a few hundred yards beyond the building.

After 12 years of scooping ice cream, getting financing to become a homeowner, paying off loans sooner, why hasn’t Walding spoken at public back alley forums? Well, she says she’s never heard of it.

In February 2021, she, like the Jis, saw crews build the molding of a sidewalk outside. She asked what they were doing, and only then did she learn that their parking spaces would soon be sold out. Why not find another car park? Well, because it’s Dallas and parking is scarce. Also, people who grab donuts in the morning usually want a quick round trip. The other parking lot available is about 100 yards south near a pet food store. 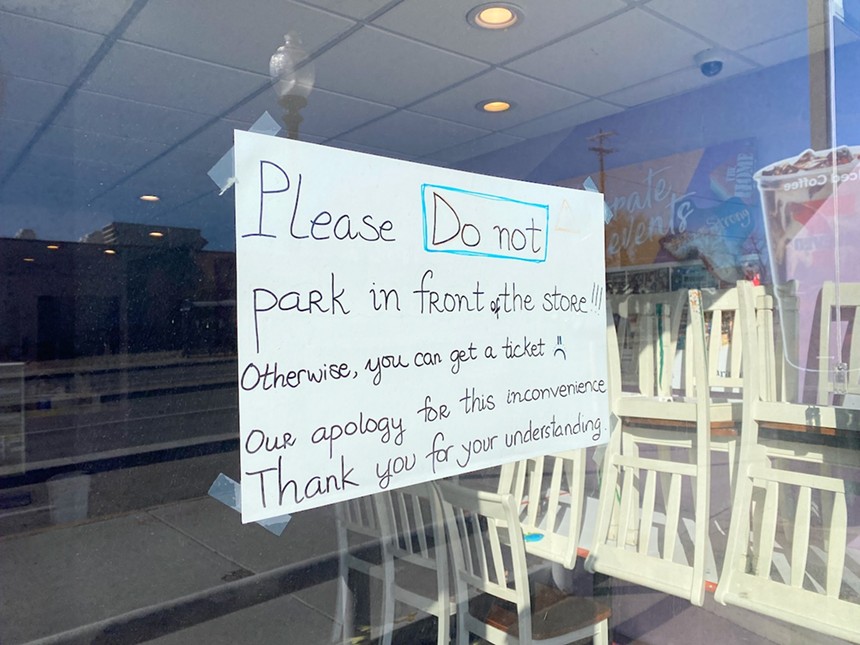 Jarams customers got tickets to park in the bike lane.

Walding reached out to everyone she could, including several former and current city council members in the neighborhoods where she lives and works, and brought in city engineers to beg and plead and suggest other options. — including giving up a foot or two of his own property — to move the bike path.

Why didn’t the city of Dallas notify a business owner that he was going to lose his parking lot?

Kathyrn Rush, the city’s chief planner, says they contacted Spalding, per Dallas city code. Five times no less. They provided the Observer. The mailers were sent from August 2018 to July 2019.

“I noticed that four of those five reviews were after I officially owned the building, but none of them were directed to me,” Walding wrote in an email after seeing the tapes. .

Rush explained via email that “new assessment data is made available in August each year, therefore the same mailing addresses were used for all notifications listed above.”

The latest letter from the city informing the former owner of the Paciugo/Jarams space of a public forum to discuss bike lanes.

After seeing a copy of the flyer that she never received, Spalding was even more frustrated. “If I did [receive it] I would certainly have attended all the meetings. It’s obvious how involved I am now.”

A map on the mailing clearly shows the cycle lanes, in red, passing his business and warns that parking spaces could be lost due to the construction of the cycle lanes. “I would have loved to receive this,” she said.

Spalding still doesn’t understand why they didn’t let her know when the plans were solidified. “Once they finalized it, once they knew they were definitely taking that parking lot, why didn’t they send something else, as certified, telling us we need to get ready?”

Jarams’ owner never got a notice from the city either, but since he’s not the owner, he wasn’t supposed to get anything. 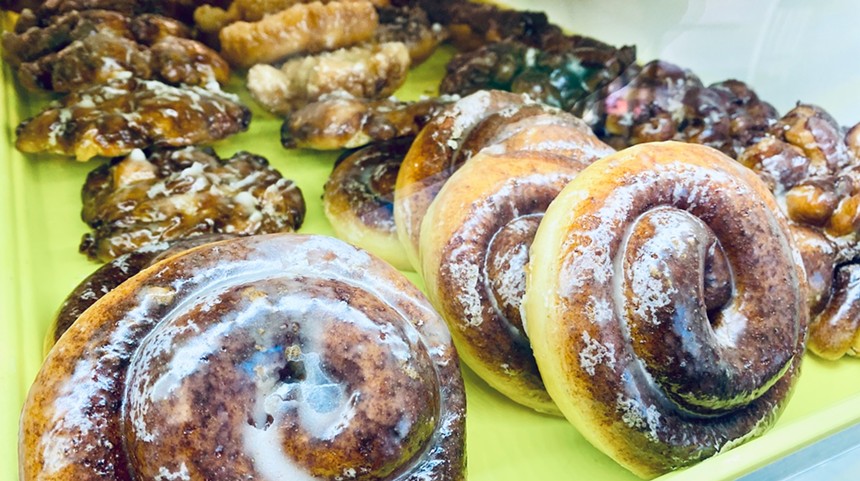 Buying more donuts isn’t the worst thing you can do.

Michael Ji says business is definitely slower now that there is no parking lot out front. He estimates that sales are down 30%. Customers still enter the store but from invisible parking spaces; maybe at 7-Eleven next door or from Abrams Parkway, which is across from the Hollywood Feed pet store and Cava. There is a bank next door with plenty, but it’s not for their building.

Spalding doesn’t see how reopening his ice cream shop is viable without parking. She contacted other members of the community and they are working on a petition to file with the city.

“I don’t really know what happens after that,” Spalding says. “Looking at the numbers, I just feel like I got nothing for my business for 12 years.”